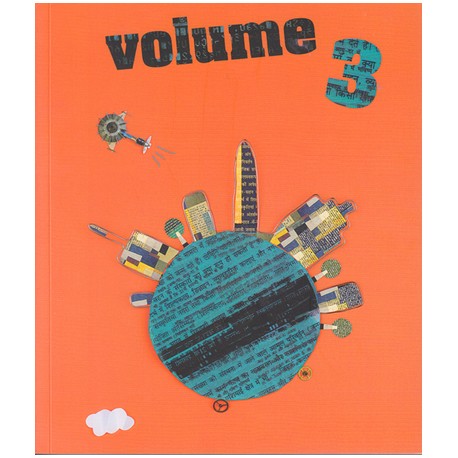 The book summarizes the results of the project 2050 – CULTURES OF LIVING-Future Models of Living Spaces for Europe and India
Given the rapid social changes taking place globally, most conventional models of living spaces seem outmoded. Until the 20th century, building proceeded on the assumption that inhabitants, structured in families, would often live and work in one and the same place for an entire lifetime. Yet current upheavals in the demographic structure (birth rate, life expectancy, migration etc.), in the working world, and in social relations (especially the changing role of women) create new ways of habitation, which result in changing housing needs and require new forms and cultures of living. It is still unclear, however, what future living cultures in a globalised 21st century will look like, and how they will operate. How can architecture, design, the applied arts and urbanism contribute to contemporary and humane living? And in what ways do new cultures of living influence the city and regionally specific city cultures?
These core questions are the point of departure for the planned interdisciplinary project (architecture, interior design, town planning), which seeks to provide first answers to and visions for this global challenge through transcultural analysis and reflection on European and Indian living styles. Deliberately, therefore, experts and artists from Europe as well as the (culturally and socio-economically equally heterogeneous) Indian subcontinent are earmarked for the project; especially as by now the significant parameters of the subject matter have global relevance: poverty can today (albeit on a different level) also be found in (Eastern) Europe, and suburbanisation has become an issue also in India.
Specifically, the following topics (among others) are to be covered:
• to what extent can the traditional living cultures of Europe and India be transformed to satisfy contemporary needs?
• which future-proof forms of living do European and Indian cities, with their often centuries-old character, allow?
• what demands do new, especially ‘mobile’ living cultures make on interior design?
• through which architectural and economical approaches can new forms of dwelling be developed for the most deprived sections of society?
• to what extent can ecological architecture and eco-design provide solutions to today’s requirements
(environmentalism, air conditioning etc.)?
• which attributes (naturalness, neighbourliness, affordability) will be indicatory for future models of living spaces?

6 other products in the same category: